FULL LIST OF P2E GAMES AT THE BOTTOM OF PAGE…

The dynamics of work have changed radically in the last decade due to increased internet access fueling the emergence of revolutionary business models. One of such models is the play to earn concept that is shifting the gaming paradigm and has been made even more powerful with blockchain and NFT.

We are experiencing more digital dependency amid a global pandemic/economic recession. Therefore, it is no surprise that many people are seeking new ways to make money online. The phrase ‘how to earn money online’ is one of the most searched phrases of 2020 according to search engine analytics.

Playing NFT games is one of the many ways to earn a significant income. I will thoroughly explain how play-to-earn games work and review two of the most popular crypto games.

The play to earn model is an open economy that enables people to earn real money from playing games and/or performing other services in the gaming environment using cryptocurrency.

P2E is a community-led business model that offers equity to players where they can earn and also collaborate with developers to make vital contributions to the game.

Unlike traditional video games, crypto games offer more to all stakeholders by allowing users to own their in-game assets and tokenise them as non-fungible tokens. Tokenisation describes how the blockchain gives value to an item by representing it with a cryptocurrency.

By introducing blockchain to games, any item that is considered valuable in the gaming environment can be tokenised as an NFT and traded for real money.

How Play-To-Earn Model is Reinventing Gaming

Although monetising online video games is not new, NFT games have pushed the frontier of gaming income with player ownership.

In the past, dedicated players created wealth by building an online community of followers or by selling high ranking gaming accounts. In 2020, the gaming industry revenue growth rate surpassed other sectors in the entertainment industry at a 27% annual increase.

Now, there is much more to benefit from blockchain technology. Gamers can own all the in-game assets from their hard work and hours of playing, they can vote and make decisions to improve the gaming experience, they can even own a part of the game by investing in its development. In-game cryptocurrencies are assets that are highly valuable outside of the gaming environment.

The most popular crypto game with the P2E concept is Axie Infinity, an Ethereum based-game. Axie Infinity is like a Pokemon game but on the blockchain where people breed digital pets called Axies to battle.

According to a recent report, Axie Infinity NFTs contributed to 19% of all the NFT transactions in Q3 of 2021. In February, an Axie land was sold as NFT for 888 ETH (approximately $1.5 million) and the most expensive Axie was sold as NFT at 300 ETH in 2020.

How To Play and Earn from Axie Infinity

Each Axie is a non-fungible token and players who own Axies are expected to breed them with Smooth Love Portion (SLP), create a team and battle monsters and other players.

To begin, each player must acquire 3 Axies to form a team and battle other players’ teams or a computer algorithm. Winners get rewarded with the game currency — SLP, which is a token that can be taken out of the game and traded for real money. Players can sell all their in-game items as NFT on the Axie marketplace which includes in-game land, characters, Axies etc.

Both SLP and AXS are highly valued tokens listed across major exchanges. AXS reached an all-time high of $155 in October 2021 and continues to soar in price.

In the Philipines where the game became really popular, players are making enough money to buy houses just from playing the game.🚀

Legends of Crypto game is a DeFi powered NFT game that is currently trending in the gaming space. LOCGame is free to play and play-to-earn, avoiding the pitfalls by pay to win game designs.

LOCGame is based on crypto pop culture in its genesis edition and will be expandable to other themed metaverses at later releases.

Unlike Axie Infinity, LOCGame is a card game and it is free to play. Players can build a deck of cards with unique characters and compete with other players for rewards. These unique characters are iconic figures, memes and influencers in the crypto industry like Satoshi, VC Queen, etc. Players can collect, stake, and play these cards or trade as NFTs.

LOCGame is much more than just an NFT game. It is a community of gamers that are building wealth and strategically developing the NFT space through learning aids and social networking.

LOCGame has a more advanced environment that operates across a multichain and offers an incentive for referrals, thereby creating a rapidly growing community of dedicated players. It is powered by both the Ethereum and MATIC blockchains.

The game main core is anchored by DeFi and DAO governance all powered by MATIC blockchain to enhance scalability and interoperate with Ethereum. The game has a native token which doubles as a governance token LOCG token used to perform various activities on the network. It is an ERC-20 utility token used for staking, transacting and governance on the network. In the LOCGame ecosystem, LOCG is used to farm new NFTs or modify features on rare cards. It is listed across multiple exchanges.

Although it is a fairly new project in the space, the LOCG community has experienced tremendous growth with the development team made up of experts who are versed in finance and decentralised technology. Their seed funding round raised $230,000 and $1.1M from the private sale having contributions from prominent VCcapital firms including LD Capital, NGC, and Terra Virtua. Recently, LOCG Art Foundation was launched to empower NFT artists and the first NFT collection listed was rapidly sold out. 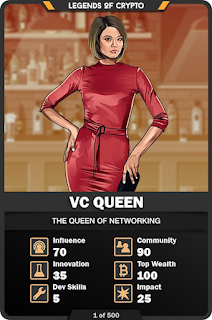 How To Play and Earn from LOCGame

LOCGame is a multiplayer game that requires 2 to 6 players for each game. It is a simple top trump card game where each card has a value and players attempt to trump each other’s top valued card within the same categories. There are various categories

The player who has the highest card wins and gets rewarded with LOCG tokens.

More channels to earn include selling unique cards as NFTs in the LOCG marketplace, staking LOCG coins in the staking pool.

Crypto Games and The Metaverse

Besides Axie and LocGame, there are many other crypto games and virtual environments where the P2E concept is generating substantial income for users.

The P2E concept is part of a rapidly expanding but complex virtual world called the Metaverse — a community of shared virtual reality that simulates the physical world where users can share experiences, workplaces, ideas, and trade items using NFTs.

The Metaverse is dynamic and offers many possibilities for users which includes interoperability and a decentralised economy. A player can transfer assets between different games, win tournaments, exchange assets and sell rare collectibles for huge sums.

The Future of Gaming

Numerous crypto games are springing up every day in the Blockchain Metaverse and the revenue is skyrocketing from NFT sales. More players are diving into the P2E games, and there is a growing number of daily users from regions with smaller economies.

Like every other trend in the crypto space, early adopters of crypto games are often rewarded handsomely when the project becomes mainstream. On Axie, new players have a higher entry barrier because Axies are now expensive to acquire. Therefore, to begin your play-to-earn journey, you may have to consider games that are either free to play or cheap to start.

WANT A FULL LIST OF THE TOP HOTTEST TRENDING AND MOST POPULAR CURRENT P2E GAMES???

VISIT US HERE TO FIND WHICH GAME WILL BEST SUIT YOU

FOR ADDITIONAL RESOURCES YOU CAN ALSO VISIT US HERE

Popular posts from this blog 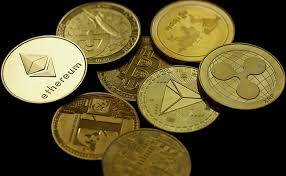 Y-5 TOKEN THE FUTURE FOR MORE ADVANCED CRYPTO USERS PLEASE READ THROUGH OUR OTHER PAGES ALSO IF YOU WOULD LIKE TO BUY THE HOTTEST CHEAPEST & MOST LEGIT LONG TERM ALTCOINS YOU CAN VIEW OUR PROMOTION BUY PAGE. THANK YOU WELCOME TO CRYPTO 2021 Understanding cryptocurrency: Everything a beginner needs to know DONT FEEL LIKE READING YOU CAN ALSO WATCH Q: What is cryptocurrency? Cryptocurrency is like regular currency, but completely digital. Cryptocurrency comes in many forms, intentions, and uses. The simplest way to look at cryptocurrency is a form of stored value (money) that is not beholden to governments or central agencies like banks, states, or companies. All records of its creation and when it's sent or received are stored in a sort of big digital book that anyone can access, keeping it honest. It can't (easily) be stolen or seized and can be used anywhere in the world. Cryptocurrencies make it possible to lend, sell, buy, or borrow without an identity, credit score, or
Read more

NOTE TO ALL USERS

WE WILL NOT TOLERATE ANY HATE, VERBAL OR ONLINE ABUSE, TERRORISM, OR ANYTHING ILLEGALL. IF YOU ENGAGE IN ANY CRIMINAL BEHAVIOR, WE ARE NOT RESPONSIBLE IN ANY WAY AND YOU ACCEPT THIS UPON ENTERING SITE. ADDITIONALLY WE ARE NOT FINANCIAL ADVISORS AND RECOMMEND YOU DONYOUR OWN RESEARCH. WE ARE NOT RESPONIBLE FOR ANY DAMAGES, LOSES, FRAUD, MISTAKES, MISUNDERSTANDINGS, OR ANYTHING SIMILAR IN ANY WAY. THANK YOU.